Most Beautiful Countries in the World: There are places all around the world that you have never explored. In fact these are the places you would not have been even heard of. These are the countries which are beautiful as hell but never got enough attention of people. But somebody had to ponder people’s attention on the places where it needed the most. So, we created a list of most beautiful countries in the world.

The most beautiful country in the world is not the one who is famous but is the one who is actually drop dead gorgeous and its beauty never got altered.

These countries would force you to change your definition of beauty all over again. Some of the countries are very famous destinations for travelling. But some are those which still remained a hidden chapter. We are just trying to rediscover them for you.

Recently we shared Most Beautiful Places in the World to Visit Before You Die, you can check them by clicking here.

Most Beautiful Countries in the World

Here is the entire list of some of the most beautiful country in the world. You are totally going to drool over them and their shear and unaltered views. You can even create a picture of them just by their description.

If you want to note down the number of places to be seen in Tanzania then you would go tired of it for sure. There are number of reasons that make Tanzania the most diverse beauty in Africa. Tanzania alone holds some most beautiful lakes in the world like Lake Victoria, Lake Natron and Lake Manyara.

There are like thousands of places to be seen in this country and you would not get enough of either of them. Mount Kilimanjaro was not enough to increase its beauty that it also became the destination of largest animal migration in the world.

This migration is called the greatest sight on Earth which holds millions of animals moving here. All of these reasons are enough to make it to the most beautiful countries in the world. 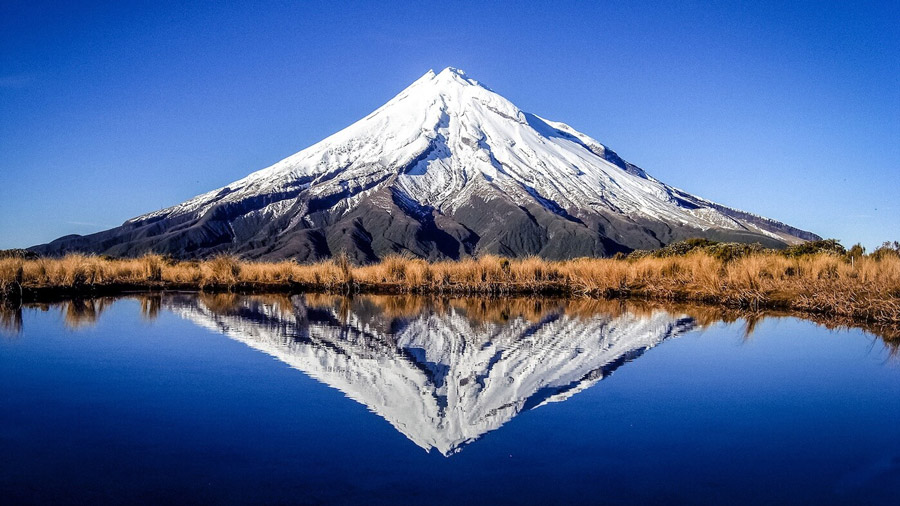 People do not call it the most beautiful island nation just like that. It has valid reasons to be called like that. As Wellington makes its way into top ten most beautiful small cities and Queentown enters the category of top five most beautiful towns. There is no doubt left to discover that why New Zealand is so beautiful.

The Southern Alps create majestic scenery for the travelers and tourists out here. The Glowworm Caves and Kauri Forest is no less than a dream world turning into reality. There is no end if we make a list of the places to visit in New Zealand. 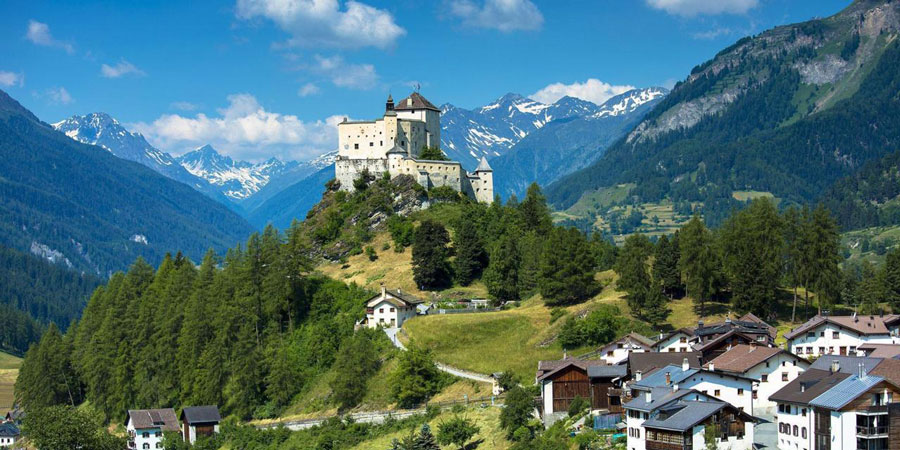 Not only it is the most romantic destination for couples but also it is one of the most beautiful countries in the world. Switzerland is a mountainous country in Europe which showcases the most amazing side of the Alps.

It is a well known fact regarding Switzerland that it is among the cleanest country in the world. Small towns like Lugano and Luzern would give you the view like it is coming straight from some photo shopped picture. The snowy tops of mountain and the crystal clear water bodies create a portrait that you cannot take your eyes off them.

The wild beaches of Scotland and ancient castles makes it entry in the most beautiful countries in the world a sure shot. The crystal clear and deep lakes of Scotland make it even more beautiful. The major city of Scotland is Edinburg which is also its capital.

There is no way that you can witness castles and Glasgow like Edinburg anywhere else. Scotland is also believed to be the origin of golf.

The third largest country in the world has so many unfold aspects that it would only add up to its beauty. This is a mixture of natural as well as manmade landscapes that makes this country even more versatile.

The Tibetan Plateau which is the origin of Mekong River is the highest and largest plateau in the world. It also has the largest Canyon on the Earth named the Yarlung Tsangpo Canyon. And how can we forget to mention the Great Wall of China which is the highlight of this country.

Also Read: Crazy Stuff to Do When Bored 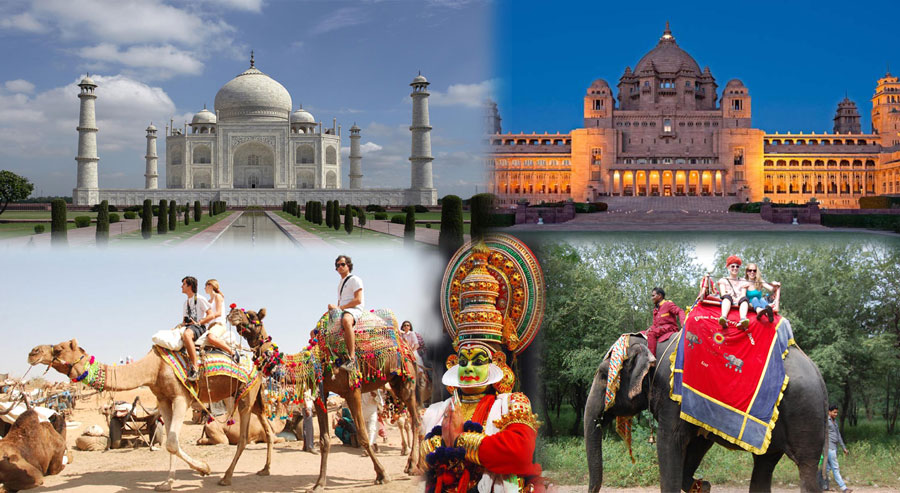 From exotic places like Rajasthan and Gujarat to cool beaches in Goa, India has it all that you want. It has chilly Himalayas and heavenly Kashmir in its kitty which is needless to define that how beautiful they are. 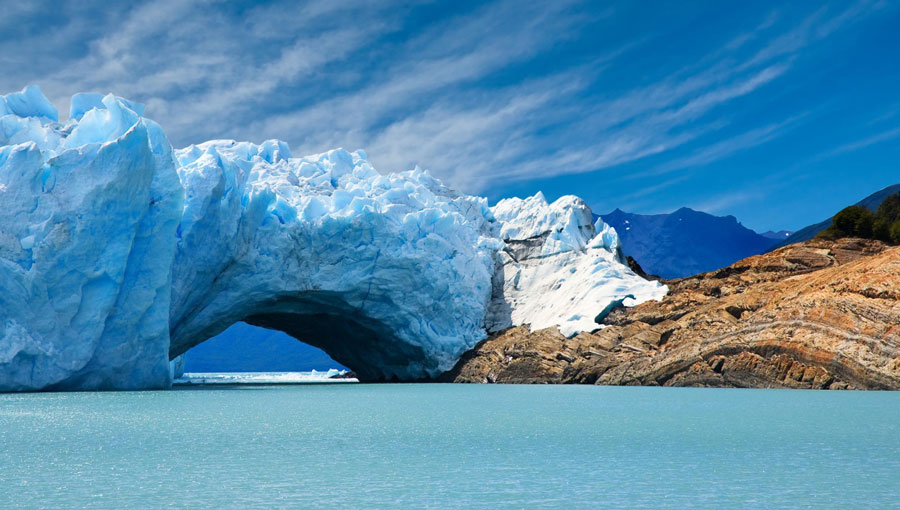 The highlight of this country is Patagonia, caving the glaciers which are growing continuously. Among the famous mountains in the area are Monte Fitzroy and Monte Cerro. Argentina also makes the third largest fresh water reserve which makes a sight to behold. 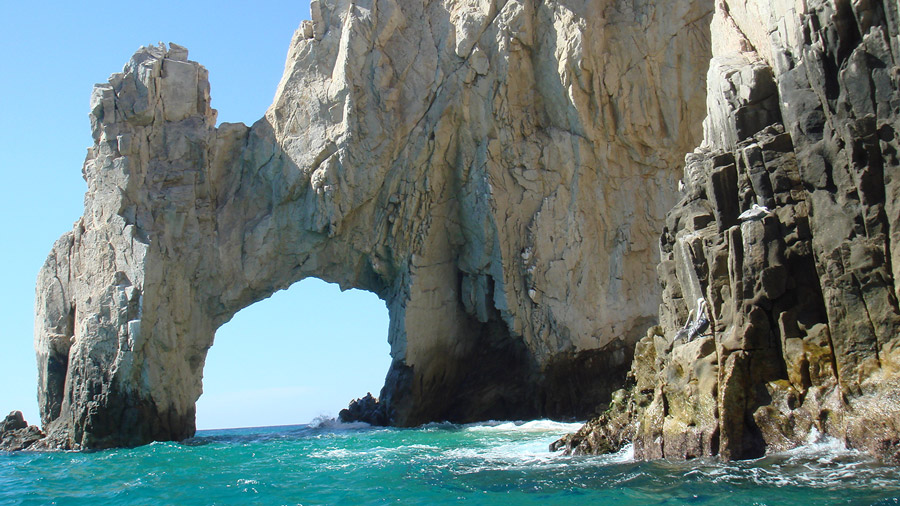 Mexico is believed to have one of the oldest and greatest civilizations of all time. It is not only famous for its culture and natural beauty but also have some amazing and ancient temples.

Mexico is never short of offering some greatest sites to visit and explore. Apart from the different places, the food out here is also great and is famous in the entire world.

Read Next: Things to Do in Turks and Caicos 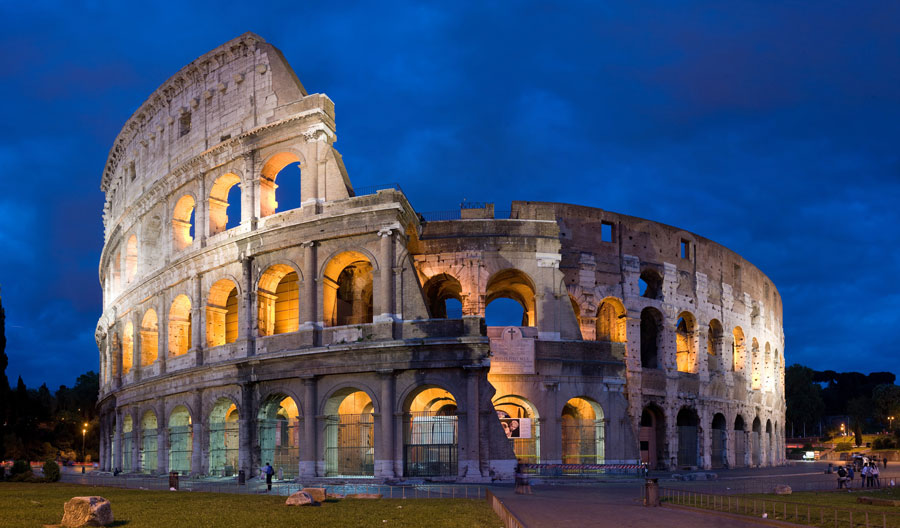 If you want to visit the loveliest town in the world then you should make way to Positano in Italy. You can find some wonderful art works out here as well this country has many ancient churches too. It connects to its culture very much and hence surely makes it to the most beautiful countries in the world. 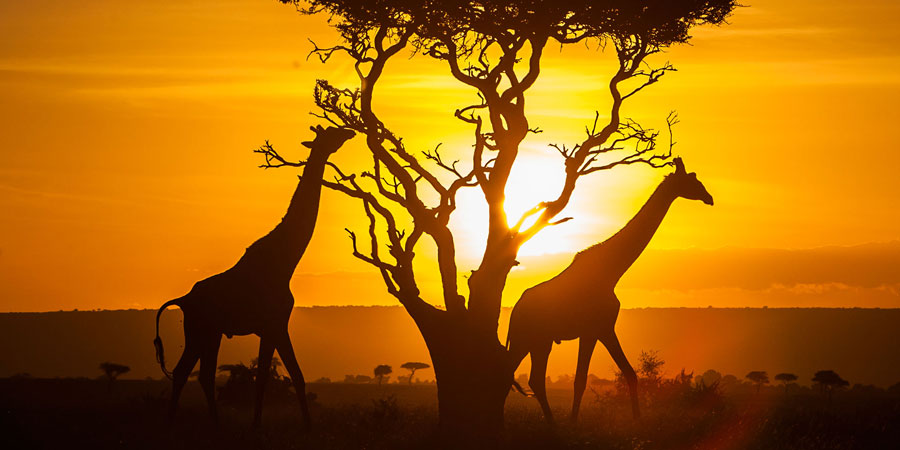 Kenya instantly gives you an image of wild Africa and stunning wild animals. And this is true indeed as Kenya comes under the top 3 wildlife countries in the world. Apart from it Mount Kenya is the second tallest mountain in the entire Africa.

You can clearly see the great migration of animals and the Kilimanjaro from Amboseli National Park. Kenya is surely one of the richest wildlife countries and hence let people come closer to the nature. 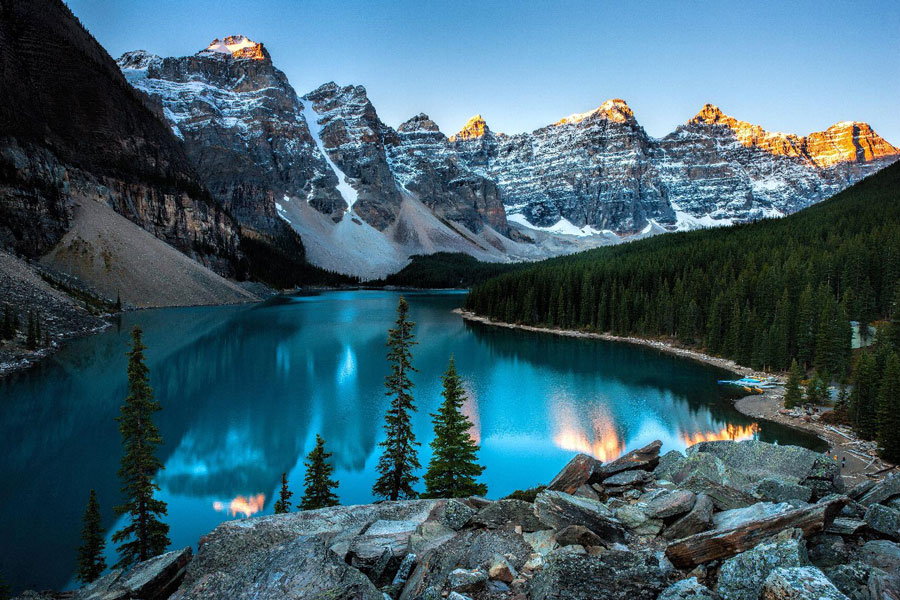 Canada is like the synonym of the real beauty. One of the most amazing things in this country is the view of Twelve Apostles from Moraine Lake in Banff National Park. It has city like Vancouver which is so lovely to be real.

The major travel highlight of this country is the Baffin Island Mountains. These mountains are less known but make the perfect place to be visited when you are in Canada. Apart from all the nature’s escape, this country is just ideal if you are looking for a place to relocate.

This is not only among the most beautiful countries in the world but also a perfect place to live in. 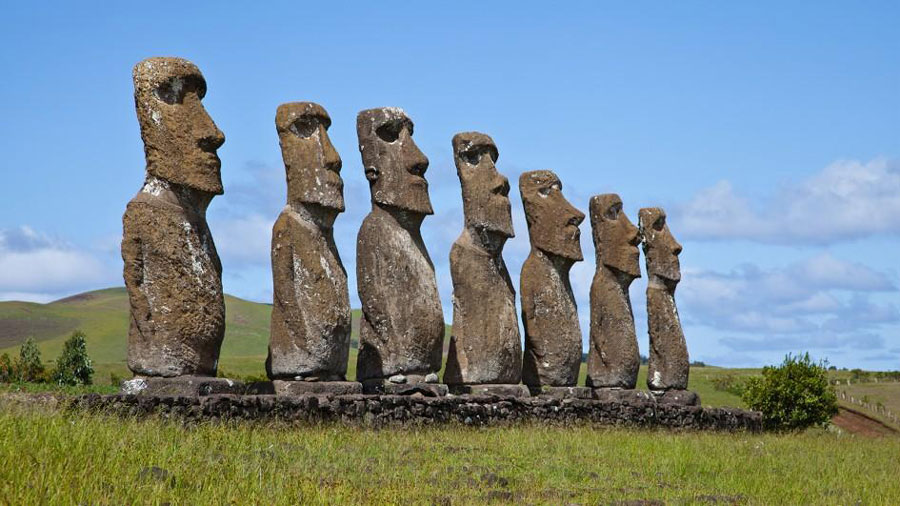 If you have underestimated the beauty of Chile then it is the time that you should start adoring this wonderful country. Chile is the longest contiguous country in the world as measured along its latitude. It is spread from equator to the sub Antarctic regions.

The Atacama Desert in Chile is totally astonishing and miraculous as it is the driest non ice desert in the world. Chile has Parque National Torres del Paine which is no less than Yosemite in America. Chile is one of those places which is travelled less but actually is very beautiful.

Also Read: Crazy Things to Do In Vegas

Philippines is a gem that Asia has as one of its most beautiful countries. The natural landscape and its neighborhood to Thailand made it even more popular. This is a country which is a combination of more than 7000 glorifying islands. It lies in the Pacific Ocean and creates a marvelous image all together. 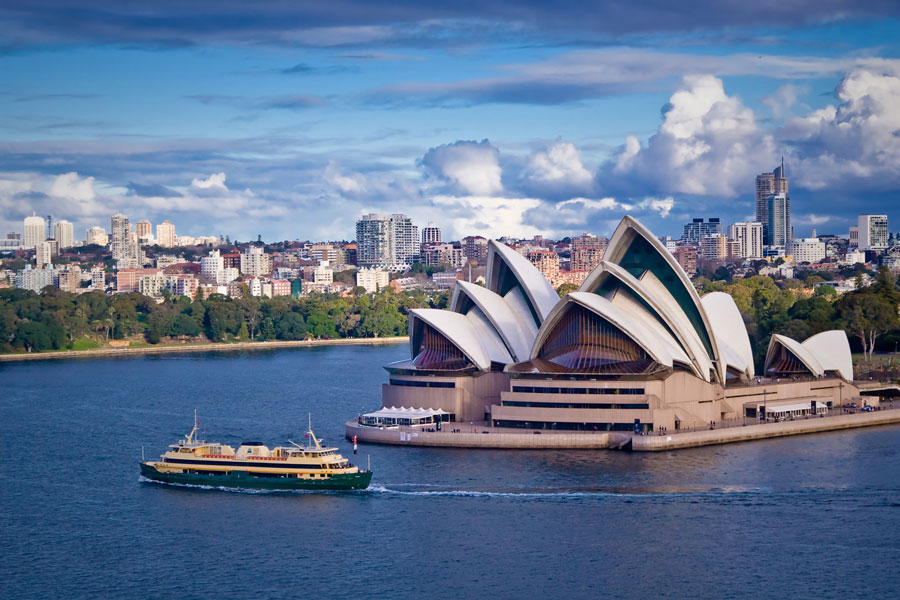 Australia is famous for having the most beautiful beaches ever. It has 16,000 miles of coastline which creates a wonderful view for the travelers. Australia is the keeper of The Great Barrier Reef as one of the most amazing natural wonders in the world. It has Sydney which is one of the 10 loveliest cities in the world.

There is no doubt that why this is one of the most beautiful countries in the world. Apart from all the amazing things it has, this is also home of The Hamersley Mountain range which is the second oldest range in the world. 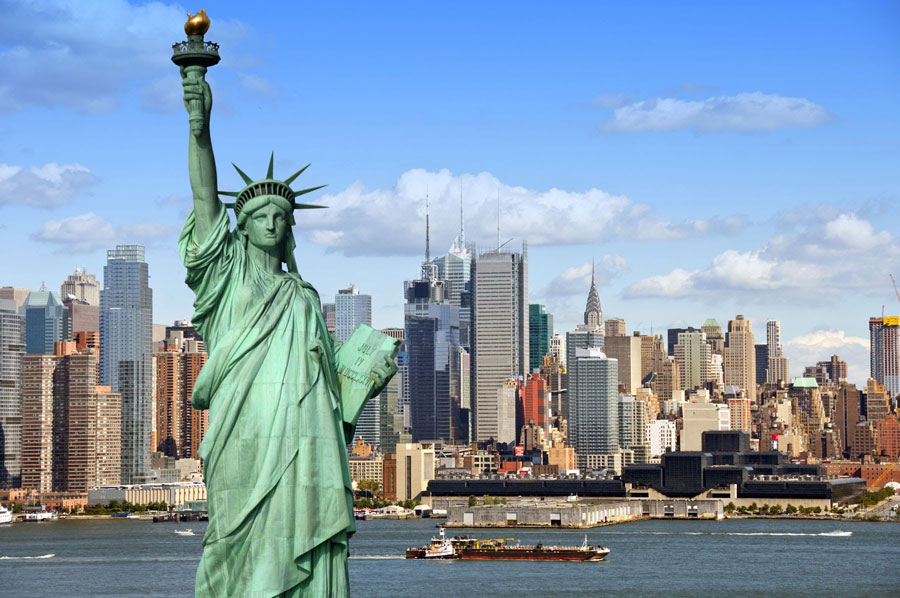 England is surely one of the most amazing countries that Europe has. Not only is that it the home to Queen Elizabeth but its royal architecture can be seen everywhere. The vastness of River Thames and beauty of its capital London is famous in the entire world.

Oxford University and Cambridge University are famous for their excellent education and receives alumni from different countries every year. Apart from it Big Ben, Buckingham Palace and Tower of London leaves no stone unturned to make England one of the most beautiful countries in the world.

Uganda is also known as “The Pearl of Africa” and it makes this statement true. Uganda is a small country having the starting point of river Nile which is the longest river in the world. Just like Kenya, Uganda also has some amazing wildlife out here.

It has Lake Victoria and Mount Rwenzoris which promotes and supports its wildlife even more. It also has Murchison Falls National Park which develops and increase the endangered wildlife.

The reason of mentioning the entire USA in the category of most beautiful countries in the world is its overall beauty. The larger than life perspective of New York City and the beauty of canyons like Antelope, Bryce and Paria is something you cannot miss at all.

It has some amazing mountains like Colorado, Rockies, the Sierra Nevada, the grand Tetons is just priceless. You just name it and USA has it all. From nature’s wonders to modern amenities, it is a kaleidoscope of this mixture.

Beautiful and clean lakes, sky high buildings and glittering night life, USA is surely one of the most amazing place to live in.

This amazing list must have unfolded some of the unheard chapters of the mother earth in front of you. Of course, this planet is no less than a miracle but more than a miracle, it is a living beauty. Every country is beautiful in its own way but still we had to pick some of the most beautiful countries in the world among all of them.

I hope this collection must have left you mesmerized over the visions which sound impossible to create in reality. But all these things are real and much more beautiful than the words can ever describe. 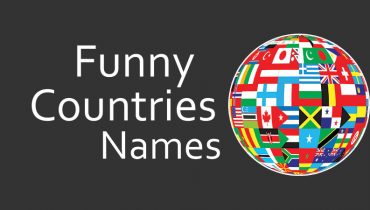 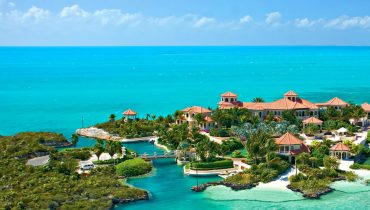 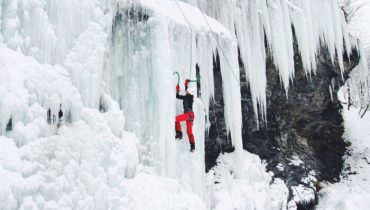 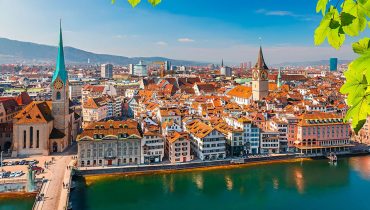 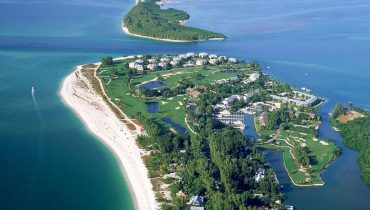 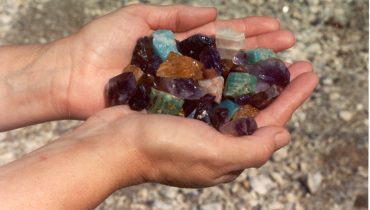