NASCAR is an association for all types of auto-racing, but have you ever expected females to be a part of these racings? If not, then get to know that there are female NASCAR drivers have been participating in the racing events for years.

I must say these female NASCAR drivers look hot and here I am going to share some details about top ten hot looking girl race car drivers, so you get to know how women have been driving and not just men as a part of NASCAR.

Not just in NASCAR, these hottest females also take part in IndyCar, NHRA, etc. And surely these racing organizations must be proud to have these beautiful ladies who started their career on those racing tracks instead of any corporate world.

After checking out these female NASCAR drivers, your conception about female’s poor driving skills and less sense of direction will surely change, so go ahead here.

Below is the list of top 10 female NASCAR drivers.  Explore this list and know about these amazing girls.

Her full name is Angela Christine Cope-Ruch, she was born on August 18, 1983. She works as a professional car racer. Angels and her sister Amber both twins were famous after competing in NASCAR’s top three series on October 23, 2010. 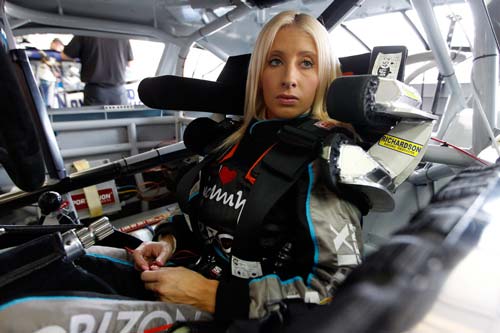 These both twins were excited about making their career as female NASCAR drivers, and they began the very first racing at the age of nine. They both got famous by time and inning poles every year, and at the age of 15, Angela stepped into the world of racing with her sibling Amber even without a driving license.

In 1995, Angela came first in the Tri-cities Gold Cup, and in 1998, she with her sister won the PSGKA Gold Cup. After three years, at the Go-Karts in 2002, Angela got the first place, and from here, Angela participated in several racing events as a professional racing driver.

Angela is well-known in the racing world for her top speed career and sexy looks as a girl car racer. She got birth in Puyallup, Washington who also entered Xfinity series in 2011, and there she achieved 55th place with seven starts.

Cyndie Allemann is famous for being Swiss racing driver, born on 4 April 1986. She began her career in karting and later she was chosen as a racing driver, and there she won Renault Speed Trophy in 2004. 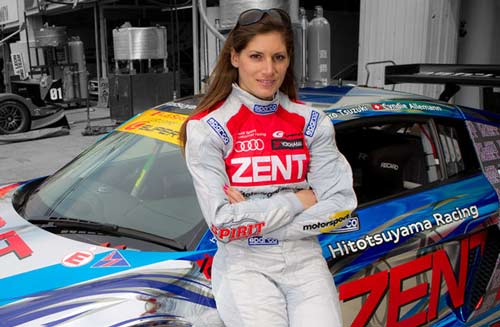 In the next year, she went to German championship and there she finished 12th.  Next, she went for the Formel 3 Cup in 2006 in which she got 9th place for which she won the pole position at EuroSpeedway Lausitz.

She also became part of Formula 3 Euro Series, but there she was unable to score and failed to stand. She looks sizzling hot being among these female NASCAR drivers who are well recognized in the racing world.

She got famous when she participated in the Firestone Indy Lights series that was held in 2008 and later she was one of the female drivers in Super GT series held in 2012, and there she won an award for being the first female driver to ever compete in this race.

Patrick is popular for flying freely on those tracks with her supercars among these girls race car driver.  She was born in Beloit, Wisconsin, the USA in 1982 and her professional career she is popular for making a place among top ten female NASCAR drivers. 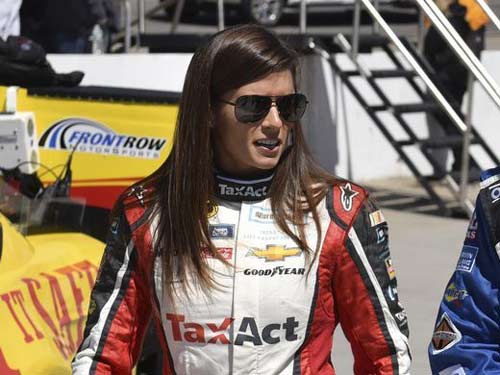 Her bikini looks always gain popularity even after having a strong personality like those six pack abs who are easily recognizable. Her breakthrough was the Sprint Cup series in 2012 where she got 90 starts also with a pole position. Next year she finished it up with getting the 27th place in 2013.

Danica Patrick got her entry into Xfinity Series in 2010 before going for the Sprint Cup series, and here she made 61 starts. This one among the female NASCAR drivers achieved her 7 Top-10 finishes with 10th place.

Danica Patrick holds all her grip well in the open-wheel racing and a few years before she switched from IndyCar to NASCAR. Now you know how amazing this woman is and now you can take a stand whenever anyone cracks a joke on women’s’ driving skills.

This blonde doesn’t mind getting all covered up in those sandy areas; she loves getting dusty in the desert. Other than her passion as a racing driver, she loves some creativity on the canvas like the oil painting and also gets published as a sexy figure on magazines.

So who would not love this amazing and one of the hottest female race car drivers who love riding her giant at 120 mph and more?

Madalena Antas is like a superhero in In Portugal who drives wildly and famous for her sizzling looks as a sports driver. Madalena surely knows riding her beasty car in that untamed sand, and due to this super talent, she is recognized as the most successful talented female driver.

Racing in the desert is not eating a cupcake, but it takes determination, lots of effort, as that rough terrain, dust, and burning temperatures make it impossible to drive. This woman loves racing in these tough situations like a bandit from Portugal, and that‘s how she took her name so far and high in the racing world.

This girl car racer surely deserves being here as she is full of charm and her curvy body is appealing along with her sports driver profile. Maryeve Dufault got famous for being at the first place from Quebec for appearing in the Miss Hawaiian Tropic International in 2000.

She doesn’t just offer her appearance on the racing fields, but also she is popular for being part of different magazines and TV shows. She is also fond of modeling, and she uses her modeling skills as a forward step to herring career. She gets fud regarding help from her modeling and put them into her racing career.

This way, Maryeve Dufault born on February 16, 1982, is a Canadian racing driver, model, and spokeswoman as well with a birthplace Sorel-Tracy, Quebec.

She used her impeccable racing skills in the Skip Barber, Formula BMW, Renault, NASCAR and many more Racing Series that took her famous worldwide and she has also made appearances in some TV series like Fast Girl, Relative Strangers, etc.

Dufault was raised in her hometown Quebec but to pursue her dreams as a professional racing driver, she moved to Los Angeles, and there she began her riding career that she started when she was just four.

Other than being in the racing driver costumes, Milka is pretty famous for her bikini appearances and deep cleavage dresses that makes her stand among these sexy female NASCAR drivers. 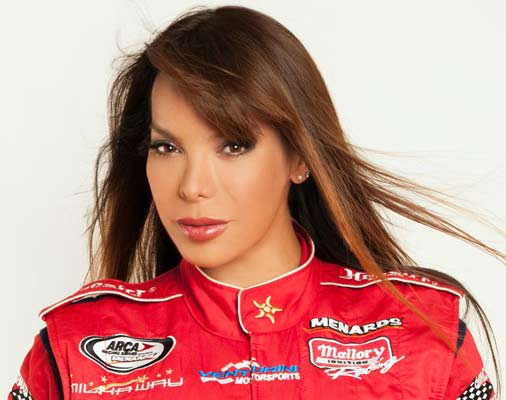 She is not an easy sister, but Milka started her racing career when she was almost 24 years old. She joined the racing world on the calling of the driving clinic, and that’s how she late started her career in racing.

In her qualifications, she has done her masters in Organizational Development and some other subjects. Also, she has done work as a naval engineer. Milka may not be the fastest, but she is considered as the wisest holding four master’s degrees being a hot icon.

She has participated in several racings series since 1998, and she is known as the Venezuelan beauty, and her fans love her fun-loving nature and that broad smile.

She is one of the amazing looking female race car drivers, Leilani debuted with the Firestone Indy Circuit. Later, she went to ARCA Racing Series which is an automobile club and refined her driving skills by joining the Mark Gibson Racing series. 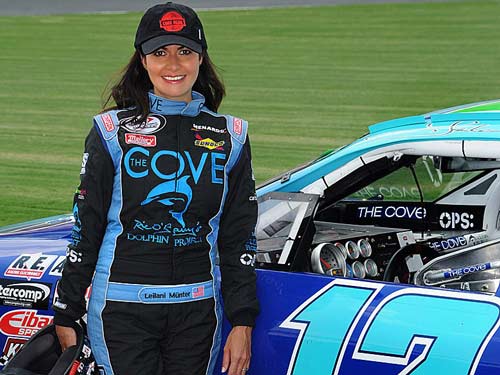 Leilani Munter serves as an American racecar driver which she is passionate about, and her looks are always gorgeous whether being the racing driver or the environmental activist as she also graduated in Biology.

Her career of the environmental activist works as a fuel for her racing field as she collects funds from there and spends these bucks in the racing tracks.

Even if Leilani is environmentally-conscious, but in the racing track she never looks back and doesn’t go down as a soft girl and comes as a tough racer and drive her car like a pro in that burning atmosphere.

She has done competing for several car racing levels like from local track to ARCA and also in the Indy Lights Series as well in 2007. So Münter never takes rest, and after getting one her racing tracks, she fights for environment and animal rights, so it’s her inspiring life behind the wheels.

If you are into watching women on the racing tracks, you may have seen her several times wearing that Castrol racing jacket and handling the position wisely. It’s her among these female NASCAR drivers who have earned enough fame for pursuing the career as a racing driver for so long. 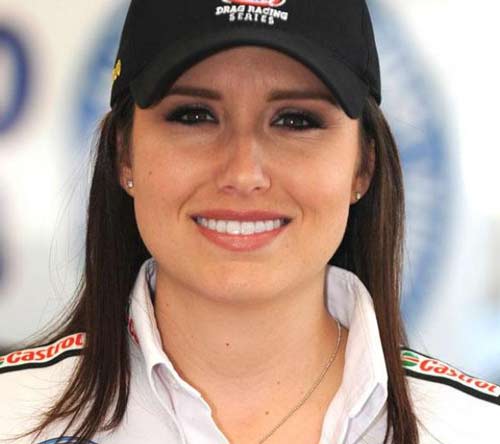 She did her racing and managed her winnings somehow; she is also popular for being the daughter of John Force who is a legend in drag racing. By the way, Ashley looks smoking hot wearing that racing costume that goes well like she is made for racing with a blasting speed of 250 mph.

So as being a daughter of John Force, it is expected her to be a legendary racer just as her dad. And there is no doubt that she is capable of achieving things in her career. Ashley always keeps up a huge fan following for showing off her extraordinary racing skills and also the hot looks.

She got her graduation from Frank Hawley’s Drag Racing School and then she continued her racing career as being in the entry-level Super Comp class and the Dragster before getting her name in the NHRA for the Funny Car division.

A blonde among these female NASCAR drivers, she is famous for being the younger sister of Ashley Force Hood which I just mentioned.  So, Courtney, of course, feels advantages of having a sister as a champion of Funny Car division and father, John Force. 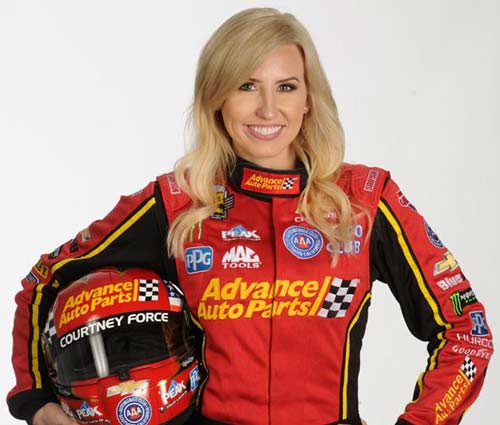 She got the title of the first female driver who won with number one in 2013 racing series. She was born in 1988, and from her childhood, she wanted to pursue his racing career which got possible because of her father’s racing backgrounds and also her sister’s racing knowledge.

She has worked for Funny Car racing and won it several times; she got her graduation from Cal State Fullerton in Communications. Courtney got her first national event in 2009 at the annual NHRA. She works as a racing driver in the Funny Car category after her sister Ashley Force Hood took her retirement.

Susie Wolff reminds me of Emma Watson. She is a Scottish racing driver who has made her participation in the Formula Renault, Formula Three, and DTM series as well. She has also worked with the Formula One team that her husband owns somewhat. 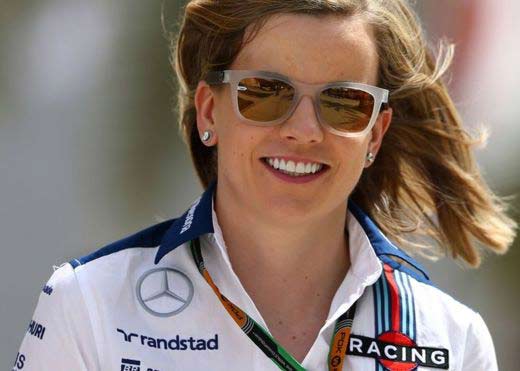 When it’s about looking sexy, she may be the last one in the list, but she is one of the hottest female NASCAR drivers. She is the most talented one who is pursuing her dream career as a racer.

Hope you will enjoy this collection. Who is you favorite NASCAR driver? 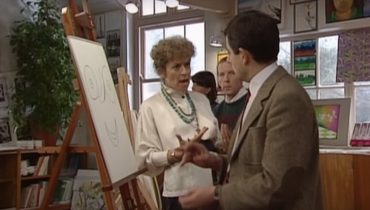 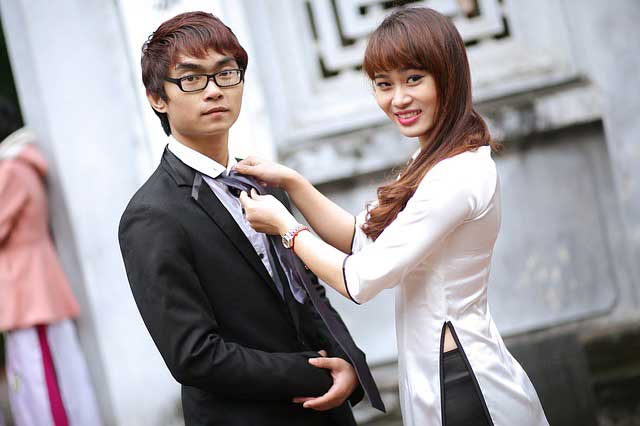 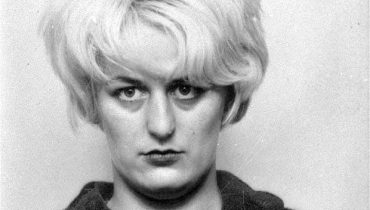 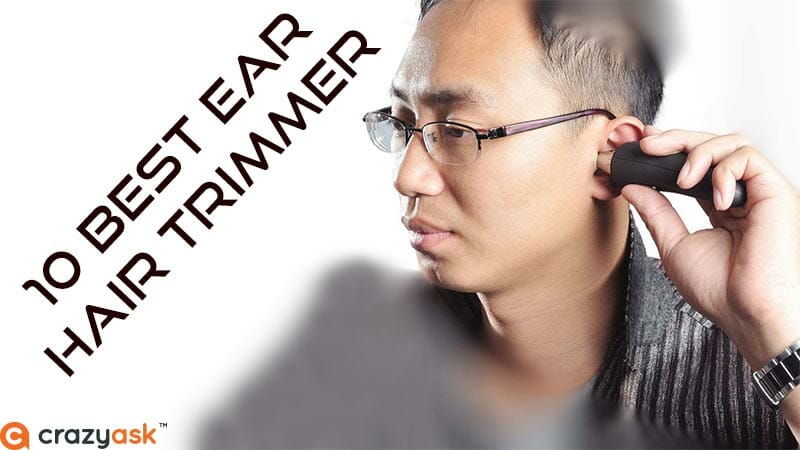