UFC fights stand for Ultimate Fighting Championship owned by WME–IMG and based in Las Vegas, Nevada. Today I am going to list the best UFC fights of all time that are recognized as the most memorable fights in UFC history.

UFC has interned for over 20 years which is a form of American mixed martial arts and when these superior fights happened, the TRPs got way high, so get ready to know about these ten best UFC fights ever.

UFC is famous for the brutal fights since it was opened first and some of those fights accreted the moments that can never forget by anyone because of the incidents happened there that make those fights best UFC fights of all time.

So let’s continue reading these ten greatest fights here if you haven’t seen them and if you have, then you can feel them again through my list of best fights in UFC history. 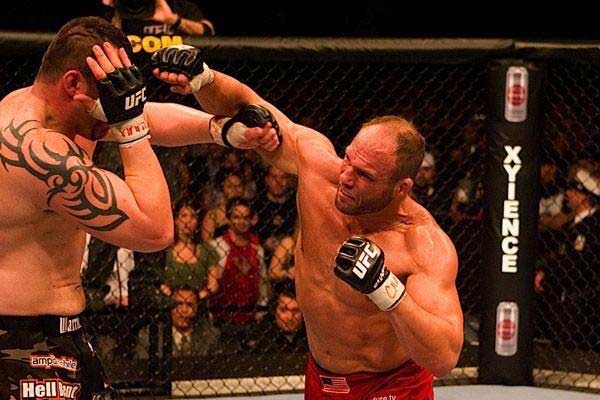 As per the records, Couture stated his retirement in February 2006 when he lost the match with Liddell happened at UFC 52. But, in 2007, he returned to fight against Tim Sylvia who is 13 years younger than Randy.

In the ring, Sylvia took full advantage of height which was more than Randy by six-inches and his weight was 40.5 pounds more than Randy at that time. So you can understand how Randy faced disadvantages of being sorter, order and lighter than Tim.

But who knew that all these advantages and disadvantages were only the paper things because, in the first ten seconds, Couture attacked Sylvia and defeated him.

He knocked him down hard with his right hand and waited for his action back and in this one great move, that round finished.

In the second round, Sylvia was unable for any action against his opponent and Couture took the entire control in this round as well.

In the final round, Couture used all his disadvantages and defeated Kim on his feet, so Sylvia’s all advantages were of no use and same happened in the fourth and fifth rounds and at last, Couture got that big title of the victory. 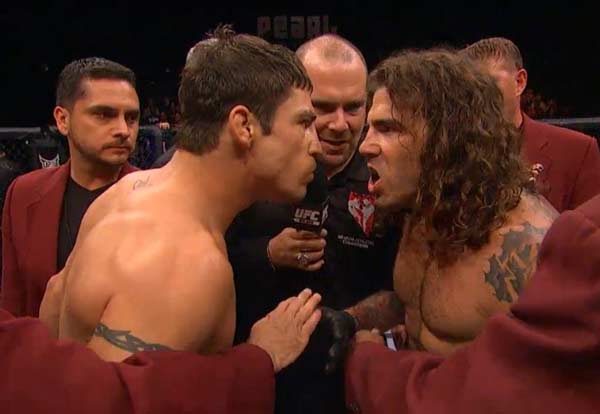 These both great fighters are known for the most intense fights whenever they faced each other in that Octagon with the MMA skills. In this memorable fight, they both jumped the center of the Octagon and started punching each other without wasting any time

They both started unloading their power at each other even before the commentator’s action whistle and he was just saying ‘Oh my God’ in the entire game.

They both were full of aggression for each other and it was well-viewed by all the attendants there in just the first minute of the great UFC.

At the moment when they got a chance to stand, Sanchez didn’t show any patience and he used a head kick and it made Guida grounded. But Guida didn’t lose anything and he stood back against Sanchez, but again he only got some really hard punches and moves by Sanchez.

This fight went the same for the second round and the third and final round; these two fighters were raining the aggression on each other. At last, the bad intentions ended and Sanchez became the winner of that “Fight of the Night.” 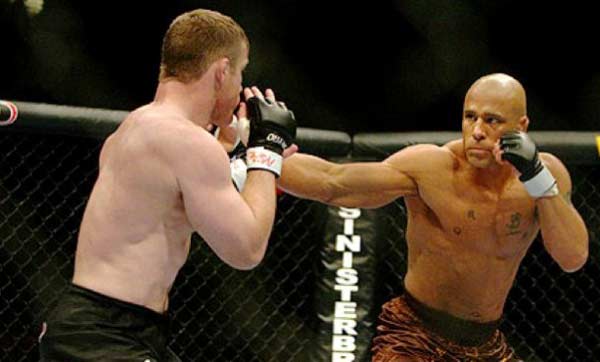 It was the most exciting fight among these best UFC fights of all time between Matt and Frank. This fight took these both against each other on the met for the second time after their first fight.

In the first round of this fight, Frank took the aggression and he pushed Matt all over his face and head. He made Matt dropped on the mat and still emptying his aggression on all over Matt’s body.

In the entire round, Matt was defending himself from the hard shots of Frank. As this was the second fight, both were full of aggression and in the beginning Trigg seemed to take the command over Matt.

Matt didn’t allow slipping his choking and he continued with the punches and a few kicks which make these both spreading across the mat. Lastly, Matt used his elbows and grounded Trigg in the rear-naked choke which made Trigg to stop the fight. 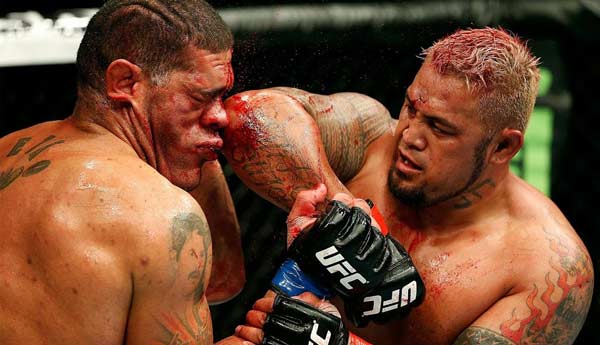 With no further discussion, this is recognized as one of the best UFC fights of all time. It was a fight between two Hulks with a lot of knocks and kicks on the entire body. If you wish to see a really hard fight, you should see this one between these two large and strong fighters.

In the first round, no one got to the ground, but they unloaded lots of punches and kicks on each other and in the second round, there was enough action to see where the rage started getting high with each round and with the fight going on, they got on the mat.

In the second round, Silva seemed to suffer a lot because of the quick punches unloaded by Hunt where Silva also made some brutal leg kicks to Hunt’s calf.

The third round was almost same with some more aggression of the Hunt to Silva and Silva got the ground. After a few more seconds, Silva seemed like he is not capable of fighting anymore and out of energy.

In the next round, he managed some hard leg kicks that got Hunt on the ground and Silva struck with heavy hands. But in the end, Saliva lose the fight as he failed the post-fight drug test, so it is a worth watching among these best UFC fights of all time. 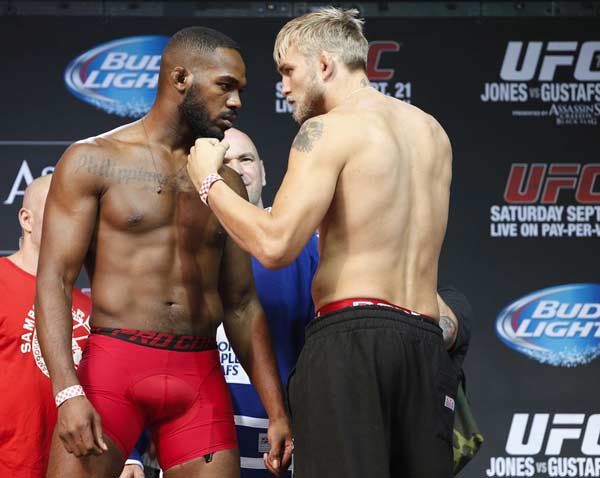 If you have seen this Jon Jones vs. Alexander Gustafsson match, you know why it is known as one of the best UFC fights of all time. This fight was between two tall fighters who fought most of the time standing on the mat using kicks and punches against each other.

In the initial rounds, Alexander seemed like running away from getting grounded and he took Jon to the ground 2-3 times easily using his long legs and strong punches.

So Alexander played well in taking Jon down because it was hard for many of Jon’s opponents even after several attempts which Alexander made possible in just a few seconds.

Alexander used his right hand and took Jon down and by the rounds, Jon’s face was all bloody and full of mess, but Jon remained aggressive and tough that made him a winner of this fight at last.

This fight cleared those minds who were confused Jones’ and Gustafsson toughness, so this was the one in all these best UFC fights of all time. 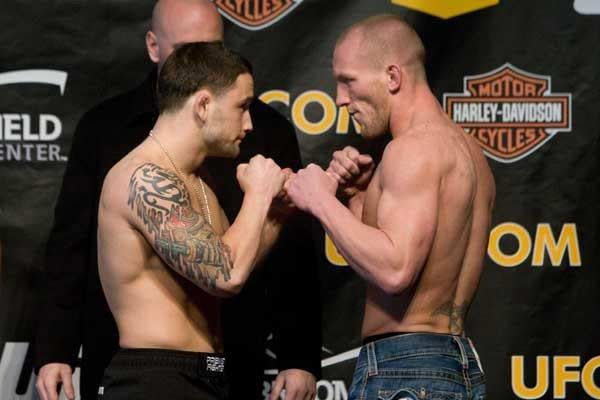 They both already have fought against each other twice, but the mind-blowing fight was the third one that was considered among the best UFC fights of all time. The first fight was in 2008 when fighting against all odd, Maynard took the belt through the winning decision in favor of him.

After 10 months of that fight, these two met again on the mat when it was UFC 136. The fight started and in the first round, Edgar held strong and tried to stand on the mat, then Maynard came up with an uppercut move and landed Edgar.

In the next round, things felt worse and more aggressive, Edgar got landed on the met by Maynard’s harsh moves. Maynard went all in rage with all the power and he was like unloading punches that made Edgar like really bloody.

Next, Edgar was trying to recover himself by staying away from Maynard’s moves, so Edgar didn’t get any closer to Maynard due to the serious beating he received in previous round.

In the next coming rounds, Edgar took the position and he started unloading punches and kicks on his opponent. 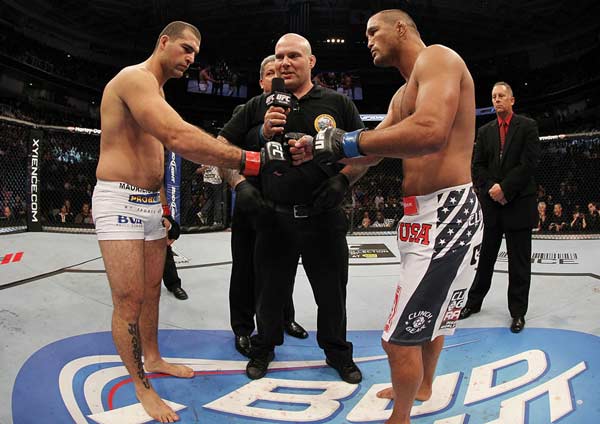 It was also one of the best UFC fights where both of these opponents struck each other till they got their pants full of blood. It was the most aggressive five-round war between Dan Henderson and Mauricio Rua.

Dan was good in initial rounds that got Rua all messed up with blood and left him grounded. In next rounds, Rua took his power and he came up with his aggression that you can easily see after third round.

It was a total knockout for Dan because Rua continued defending himself and keeping his pace which later took Dan to ground with a lot of damage.

Henderson used all his energy and by the third round he got all empty and Rua took advantage of it in the fifth and final round, but Henderson was strong enough and he survived that ticking clock that got him victory. 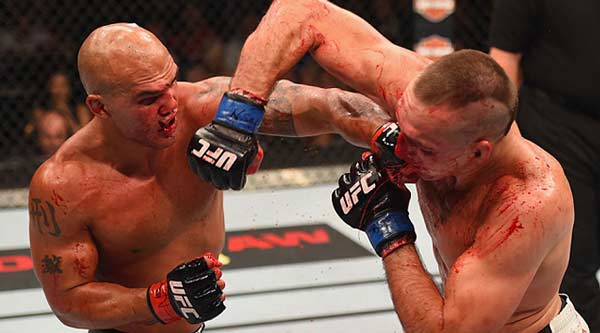 It was indeed one of the best fights in UFC history; this was the second fight between Robbie Lawler and Rory MacDonald, just like a rematch.

These two fought first in 2013 in which Lawyer was announced as the winner of that match. In 2015, these two again came in front of each other and that first round began.

Lawler played the match wisely from beginning to end, he used his rage efficiently and it got Rory all bloody. Lawler focused on Rory’s nose and covered him with the brutal punches. In next rounds, MacDonald also turned him quite good and hurt Lawler badly using a head kick and punches.

But Lawler stayed strong in the entire game and no one got on the mat, but at last, MacDonald seemed like giving up and he caught the mat after Lawler’s hard punches, kicks, and elbows. MacDonald was in all pain and Rory won that “Fight of the Night.” 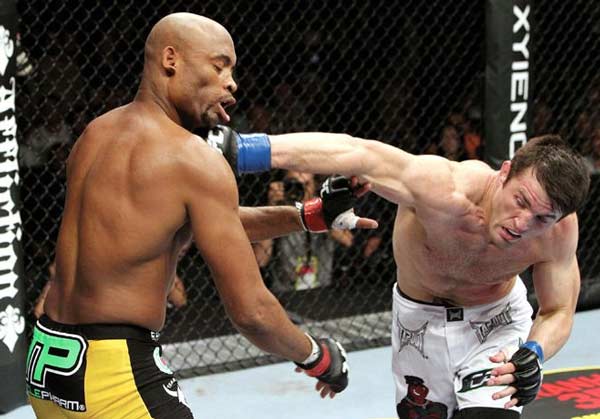 It seems a wise fight where Sonnen used his strength and Silva used his brain power and won the fight with minimum blood on his face. Sonnen was harsh from the beginning and he started unloading punches on Silva without stopping for a moment.

Silva seems like losing the match initially, but this guy was in complete control that made Sonnen meeting with blood all over. In the last minutes, Sonnen was unlucky because of that slipping that allowed Silva to choke him up making it a triangle choke.

Sonnen was caught hard that it was impossible for him to be released from that choke and by the time Sonnen lost the fight and made Silva a winner. So the title went around the waist of Silva, this was surely one of the best UFC fights of all time. 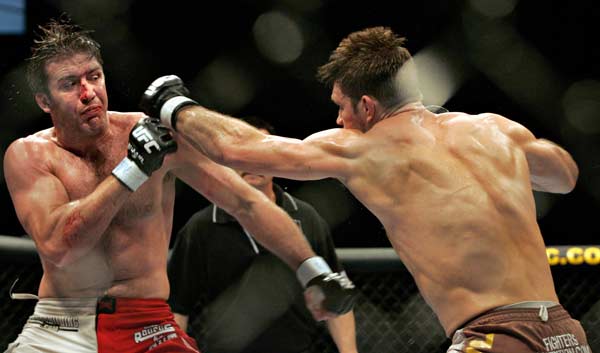 This fight was matched up between Forrest Griffin and Stephan Bonnar and this historical fight made it the best UFC fight ever. It was the most exciting one where these two heavyweights knocked each other till the last moment without getting on the mat.

They both fought with all their energies so in the third round their energies got stuck and they both were in slow paces. Both fought using all the strategies that made it hard to decide that who should win.

Lastly, the result came and it made Forrest Griffin to win the match and meanwhile, Bonnar fell on the mat, so ultimately this one comes with all these best UFC fights of all time.

Here I listed all the best UFC fight ever that many figures made against each other. These fights are worth watching as these were an epic time in UFC fighting history. So you can watch the best UFC fights of all time by reading out this article here and let’s make any of these your favorite one. 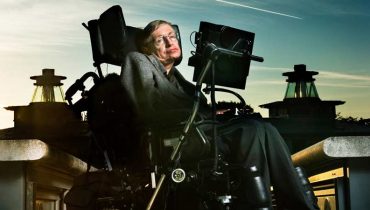 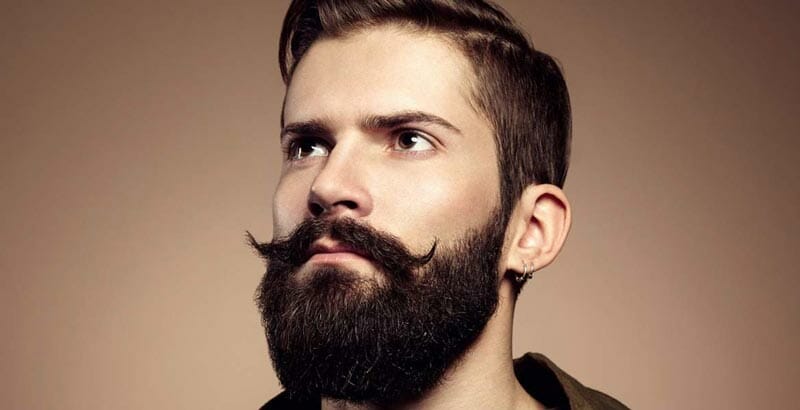 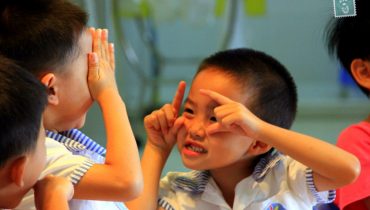 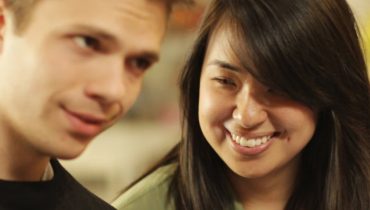 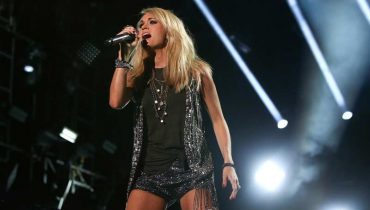 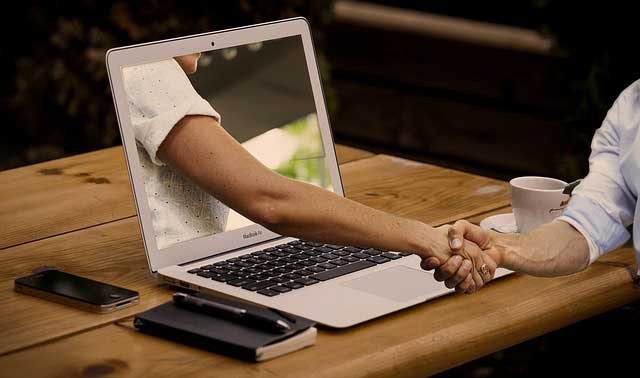